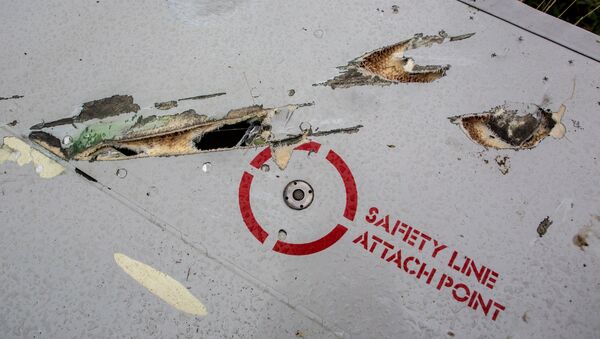 US director Oliver Stone urged not to take for granted numerous US media reports accusing Russia of its involvement in the crash of Malaysia Airlines flight MH17.

MOSCOW, July 25 (RIA Novosti) – US director Oliver Stone urged not to take for granted numerous US media reports accusing Russia of its involvement in the crash of Malaysia Airlines flight MH17.

In a statement posted on his Facebook page Stone stressed the necessity to examine alternative versions of the tragedy brought up by journalists.

“This is too good to be true. After this massive rush to judgment by US media, please read these fascinating dissents from 2 honest investigative journalists who probe deeper than our propagandizing fourth estate. This is an unnecessarily dangerous situation brewing because of US politics,” Stone said.

In his statement the director refers to journalists Robert Parry and Pepe Escobar who insist that the US government intentionally thrusts on its citizens Washington’s official stance on the issue providing, however, no ample evidence.

A Malaysia Airlines Boeing 777 flying from Amsterdam to Kuala Lumpur crashed near Donetsk on July 17. All 298 people on board, including 283 passengers and 15 crew members died.

Ukrainian authorities claim independence supporters shot down the plane, whereas the latter say they do not have necessary equipment to hit a target flying at that height.

The West suggests the conditions for the downing of the plane were created by Russia as it allegedly supplied independence supporters in Ukraine’s east with weapons.

Moscow has repeatedly warned against making hasty conclusions and politicized statements related to the crash and called for an impartial investigation into the circumstances surrounding the tragedy.