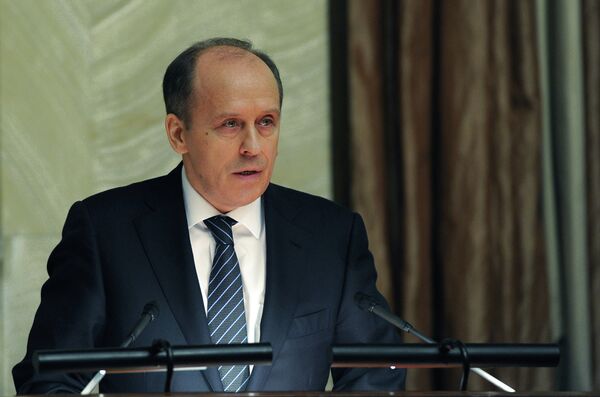 The list published in the Official Journal of the EU on Friday, consisting of 15 individuals and 18 entities, also includes Mikhail Fradkov, head of Russia's Foreign Intelligence Service, and Chechen leader Ramzan Kadyrov.

Governor of the Krasnodar Territory Aleksander Tkachev and one of the leaders of the self-proclaimed Donetsk People’s Republic Pavel Gubarev have been also targeted by the sanctions.

The EU has also added the Luhansk and Donetsk People’s Republics, the federal state of Novorossiya, the union of the self-proclaimed republics, and Vostok Battalion to the sanctions list.

The list also includes key members of the Donetsk People’s Republic, including Gubarev’s wife Ekaterina, and the president of the federal state of Novorossiya Valery Kaurov.

The entities targeted by the sanctions include the Kerch ferry enterprise and the Sevastopol commercial sea port in Crimea, which rejoined Russia in March following a referendum.

The European Union extended its sanctions over the crisis in Ukraine on Friday, saying that details on the names were due to be published in the official journal. The regulation enters into force on the date of its publication.

The EU said earlier it believes that officials and entities targeted by the sanctions are responsible for threatening Ukraine’s territorial integrity. Moscow has repeatedly called the language of sanctions counterproductive.