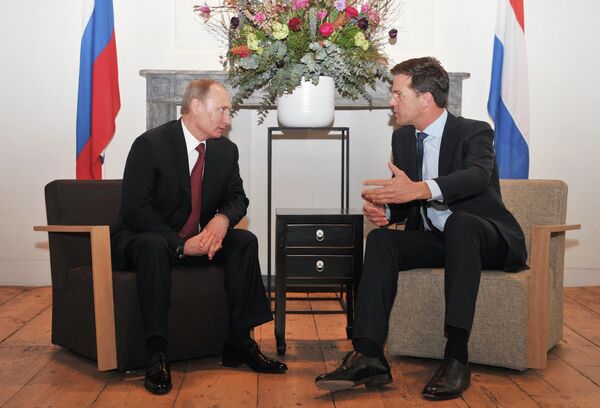 “The sides continued the exchange of opinions on the possible measures to assist the expedient launch of an impartial international investigation of the Malaysian plane crash in Ukraine in line with UN Security Council Resolution 2166, adopted on July 21,” the Kremlin press service said.

The Dutch Safety Board (DSB) took over formal responsibility for the air crash investigation from Ukraine on Tuesday.

The DSB said earlier on Wednesday that an international team of 24 experts, including Russian and Ukrainian analysts, will investigate the crash that left 298 people on board a Boeing 777 airliner, including 193 Dutch nationals, dead.

Both leaders earlier welcomed the UN Security Council resolution adopted on Monday and demanding that those responsible for this incident be held to account and all military activities be immediately ceased near the crash site to allow for security and safety of the international probe.

The Moscow-based Interstate Aviation Committee (IAC) said Wednesday that its official representative joined the work of the international commission on the investigation into the crash. The IAC representative will participate in the reading of flight recorders in the United Kingdom.

Rutte discussed the crash with US President Barack Obama earlier the same day. After the conversation, the White House issued a statement, noting both leaders’ concerns about evidence that Russia sends weapons and fighters across the border to support the independence supporters, who Washington says most likely downed the plane.

Obama, whose administration has introduced restrictions against Russia recently, welcomed the European Union preparation of additional sanctions “against those destabilizing Ukraine.” The European Commission is expected to present new sanctions on July 24 targeting Russia’s financial and defense sectors.