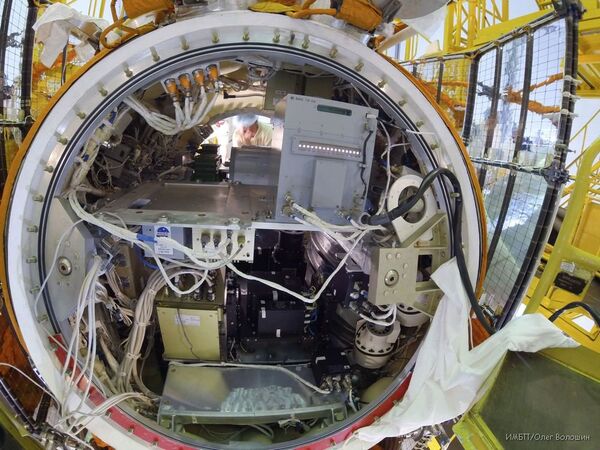 MOSCOW, July 24 (RIA Novosti) – Biological experiments onboard of Foton-M, a research spacecraft carrying life in space, are being held according to schedule despite a communication breakdown with the spacecraft, Institute of Biomedical Problems (IBMP) press secretary Oleg Voloshin told RIA Novosti on Thursday.

“The biological experiments started as soon as the satellite was launched. The scientific equipment used for the experiments operates properly. We receive the telemetry data from the spacecraft and analyze it. … The current tasks have so far been fulfilled,” he said.

The biological mission of Foton-M satellite includes eight experiments. The experiments with five geckos suppose their reproduction in space.

Foton-M was launched on July 19 from the Baikonur Cosmodrome on a mission to study the effect of weightlessness on plants and insects, and to conduct experiments on the growth of semiconductor crystals.