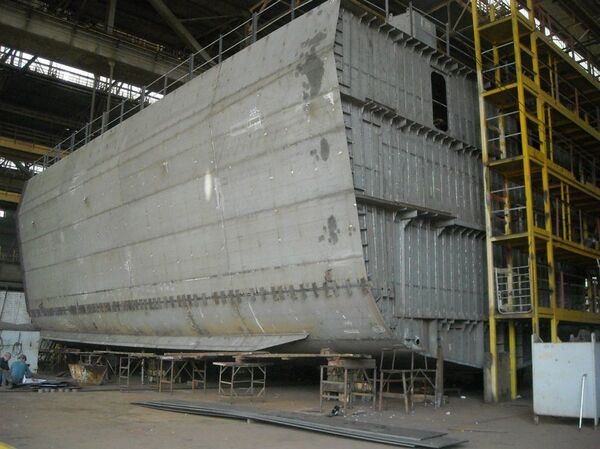 “A decision has been made to temporarily halt this program [on Korvet construction]. It hasn’t been scrapped, and the issue will be revised in the future,” Rusnak said at the parliamentary hearing devoted to Ukraine’s defense capabilities.

The new Ukrainian authorities claimed earlier that the state’s treasury was almost empty and announced widespread austerity in a bid to stave off mounting debt.

Ukraine’s Finance Ministry forecasts the country’s economy to slump by 6 to 6.5 percent in 2014, and inflation to reach 19 percent. The state budget of Ukraine adopted in January was based on growth expected to reach 3 percent and inflation to stand at 4.3 percent. In late March, the document was amended as the country’s economic situation deteriorated.

In late February, Ukrainian Prime Minister Arseniy Yatsenyuk announced the implementation of severe austerity measures in the country. To receive a loan from the IMF, Ukraine agreed to an austerity program that included shedding 24,000 government jobs, raising taxes, selling off state assets and withdrawing subsidies on natural gas.

Kiev authorities launched a special military operation in the east of Ukraine in mid-April in a crackdown on the independence movement. Hundreds of people, including civilians have died in both regions over the past months.

Moscow has described the ongoing military action as a punitive operation and has repeatedly called on Kiev to put an immediate end to the bloodshed. Russia’s Foreign Ministry has also urged the international community to intervene and investigate the crimes against humanity that occurred in Ukraine in recent months.