Russian Soyuz-U with Progress M-24M Blasts Off for ISS 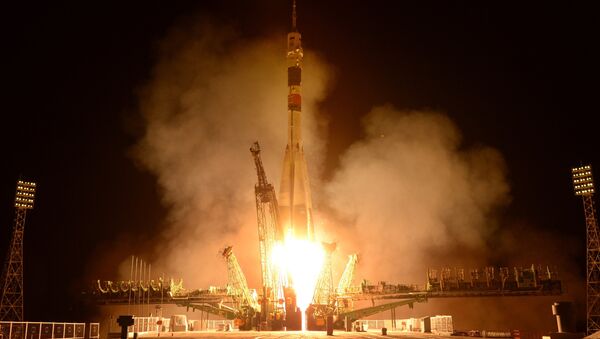 “The launch took place at the estimated time. The undocking of the Progress from the third-stage launcher is scheduled for 1:52 a.m. Moscow time [21:52 GMT]. The docking with the station is planned to take place according to a ‘short’ scheme – six hours later, at 7:28 a.m. Moscow time [3:28 GMT], to the Pirs compartment of the Russian segment of the ISS,” said the representative of the mission control center in Korolyov, near Moscow.

The space freighter will deliver fuel, oxygen, and food, as well as equipment for scientific experiments and parcels for the cosmonauts and astronauts.

The previous cargo spacecraft, Progress M-23M, undocked from the ISS on Tuesday and was sent into autonomous flight until August 1 for a Radar-Progress experiment to study the impact of its engines on the plasma in the Earth's ionosphere.

Over 130 Progress spacecraft have supported orbiting outposts in the past three decades, lifting tons of supplies to low Earth orbit.