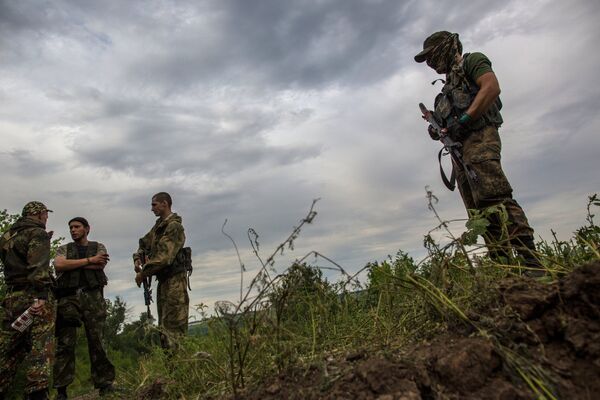 © RIA Novosti . Andrei Stenin
/
Go to the photo bank
Subscribe
The list of Russian journalists banned from working in Ukraine is absurd and international community is most likely to condemn it, Russian Union of Journalists Chairman Vsevolod Bogdanov told RIA Novosti Wednesday.

MOSCOW, July 23 (RIA Novosti) – The list of Russian journalists banned from working in Ukraine is absurd and international community is most likely to condemn it, Russian Union of Journalists Chairman Vsevolod Bogdanov told RIA Novosti Wednesday.

“I do not believe that Europe or international community will take this absurd proposal positively,” he said.

Earlier on Wednesday, Ukrainian Prime Minister Arseniy Yatsenyuk ordered to create a list of Russian citizens and companies that in Kiev’s opinion directly or indirectly support "terrorists" in the east.

The list compiled by Ukraine’s Interior Ministry includes the head of Russia’s Channel One Konstantin Ernst, director general of the VGTRK media holding Oleg Dobrodeev, heads of TNT, NTV, Ren-TV, Star TV and Life News as well as Moscow Mayor Sergei Sobyanin, who was mistakenly named the chairman of TVC TV channel board.

The Editor-in-Chief of the International Information Agency Rossiya Segodnya, Margarita Simonyan, was also added to the list.

Bogdanov expressed hope that the proposed sanctions will not come into effect, as there is nothing Russian journalists can be accused of.

“[Russian] journalists only wanted to see, hear and tell the whole world about the real developments in Ukraine, while the Ukrainian side tried to conceal the very essence of events,” he added.

The Ukrainian government has prevented Russian journalists from working in the country multiple times.

Journalists of LifeNews, Russia’s Channel-1, VGTRK and other Russian media outlets have been shelled and wounded while covering the conflict in Ukraine.