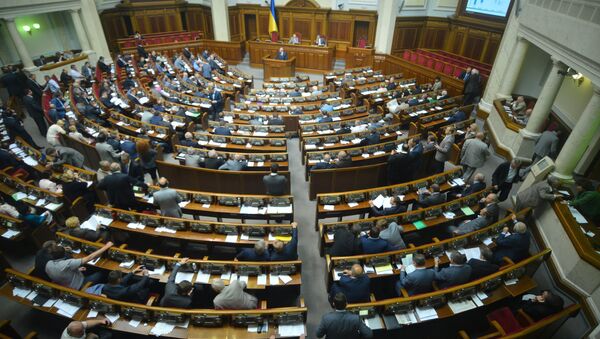 Draft law on restoring Ukraine’s nuclear status was registered at Ukraine’s Parliament on Wednesday at the request of Svoboda party.

The law on nuclear status was initiated by radical nationalist Svoboda party’s parliamentary faction. The text of the law is not quoted. Svoboda faction already proposed this earlier.

Nationalist party Svoboda, became a part of the ruling coalition in Ukraine after the February coup and is connected with the Right Sector.

Ukraine, which had the world’s third-largest nuclear arsenal after the breakup of the USSR, abandoned nuclear weapons in 1996 in exchange for security guarantees from the US, Russia and Britain.