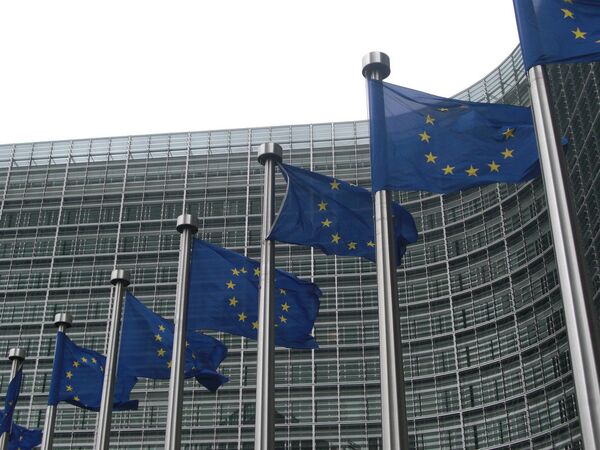 © Flickr / tiseb
Subscribe
The European Union decided to continue the policy of sanctions against Moscow and expand the black list for Russia and Ukraine by Thursday, Russia’s envoy to the European Union Vladimir Chizhov said after attending the European foreign ministers meeting in Brussels, calling it "a road to nowhere."

BRUSSELS, July 23 (RIA Novosti) — The European Union decided to continue the policy of sanctions against Moscow and expand the black list for Russia and Ukraine by Thursday, Russia’s envoy to the European Union Vladimir Chizhov said after attending the European foreign ministers meeting in Brussels, calling it "a road to nowhere."

"The decision that was made is an interlocutory one, we shall see what the European Commission and the European foreign service present on Thursday, July 24. Unfortunately, the political evaluations of the crisis in Ukraine remain unilateral. For some reason, the EU council did not recall the civilian deaths in Luhansk," Chizhov said.

"I understand that the pressure the United States puts on the European Union countries, through both basic pressing and its own example, is unlikely to ease. At the same time, if we are talking about economic sanctions, one must understand that what the EU calls third-phase sanctions, that is sanctions against Russia's economic sectors, that will require calling a new European Union summit," he said, adding the EU "understands how serious the situation is."

Chizhov also said that the tragic crash of a Malaysia Airlines plane in eastern Ukraine last week should not serve "for earning political points."

Catherine Ashton, EU foreign policy chief, said on Tuesday the European Commission would present new sanctions against Moscow targeting Russia’s financial and defense sectors on Thursday. German Foreign Minister Frank-Walter Steinmeier called the move a step up of EU's pressure on the sides not contributing to the settlement of the Ukrainian crisis.

The blacklist would target those "supporting Russian decision makers" and responsible for "the destabilization of eastern Ukraine," with additional restrictive measures imposed in the field of sensitive technology.

Earlier this year, the United Stated and the European Union have already imposed targeted sanctions against a number of Russian officials and companies as a response to Crimea’s reunification with Russia.

After the MH17 crash in Ukraine, Washington has been pushing the EU to implement further sanctions against Moscow.