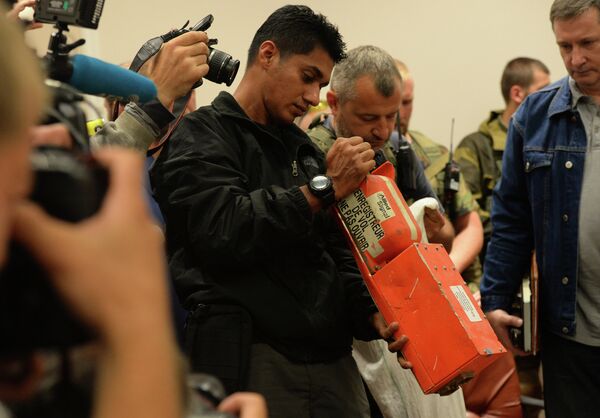 The republic’s prime minister, Alexander Boroday, and his deputy Andrei Purgin signed a handover agreement, stating that experts from the UN’s International Civil Aviation Organization (ICAO) are to get access to them.

The head of Malaysia’s delegation said the black boxes appear to be in a good condition.

Malaysia's Prime Minister Najib Razak said in a statement that authorities of the Donetsk People’s Republic provided international investigators with safe access to the crash site.

The train carrying the remains of the victims is now heading to the Ukrainian city of Kharkiv. The bodies are later to be airlifted to Amsterdam and are to be guarded by six representatives of Malaysian experts.

Malaysia Airlines Boeing 777 airliner en route from Amsterdam to Kuala Lumpur crashed near Donetsk on July 17. Malaysia has sent a group of experts to Ukraine to take part in a large-scale international investigation of the tragedy.