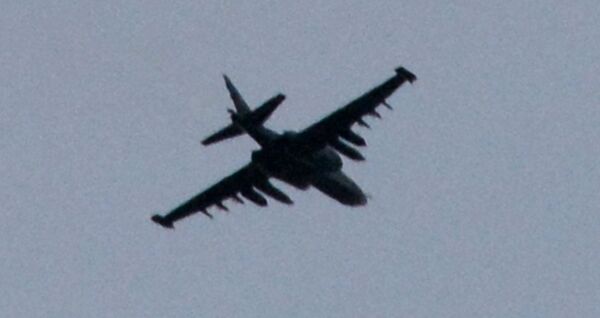 Ukraine’s combat aircraft flew over the crash site of a Malaysian passenger plane near Torez, in Donetsk Region, on Monday, a RIA Novosti correspondent said.

Preliminary reports said the aircraft launched missiles on Snizhne. No casualties or damage have been reported.

Earlier on Monday, Ukraine fired artillery shells hitting the village of Shaposhnikovo, some 22 kilometers to the south of Torez and 40 kilometers (25 miles) from the crash site.

The Donetsk People’s Republic in eastern Ukraine agreed on Monday to declare a ceasefire in clashes with pro-Kiev forces within a 40 kilometer diameter of the crash site.

The statement came after a similar move was announced by Ukrainian President Petro Poroshenko.

Ukrainian government and militia have been trading blame for the alleged downing of the airliner ever since reports suggested foul play, with independence supporters saying they have no required technology to shoot a target at altitude of 10 kilometers (6.2 miles).