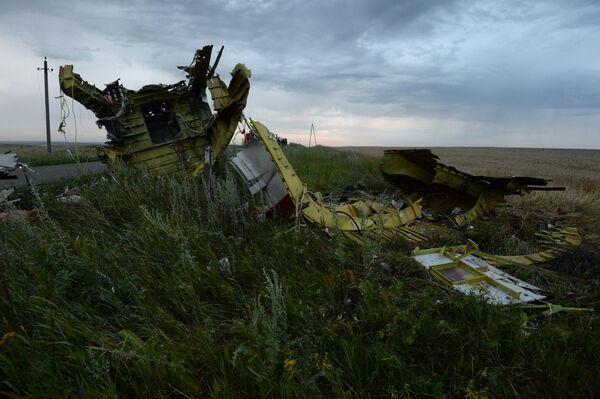 “The special services of Ukraine are ready to provide all materials to an international expert commission that investigates the circumstances surrounding the plane tragedy,” President Petro Poroshenko’s press service said in a statement.

The West has been calling for the investigation into the alleged downing of Flight MH17 to be led by Ukraine, since the incident happened on its soil, while Russia has been saying the probe must be impartial and transparent and therefore headed by international investigators.

The team working at the site includes official representatives from a number of countries, including a group of experts from the Netherlands. Most of the passengers aboard the ill-fated plane were Dutch.

Besides the Dutch, there were 43 Malaysians including the crew, 27 Australian passengers, 12 Indonesians and nine Britons. Germany and Belgium each had four citizens on board, Philippines had three and Canada had one.

Dutch Prime Minister Mark Rutte earlier agreed with Russian President Vladimir Putin that the investigation should be led by the International Civil Aviation Organization (ICAO), and called on Russia to influence independence supporters in Ukraine so that they help the probe.

The Malaysia Airlines plane en route from Amsterdam to Kuala Lumpur crashed on Thursday near the town of Torez in Ukraine’s Donetsk region, killing 298 people aboard.