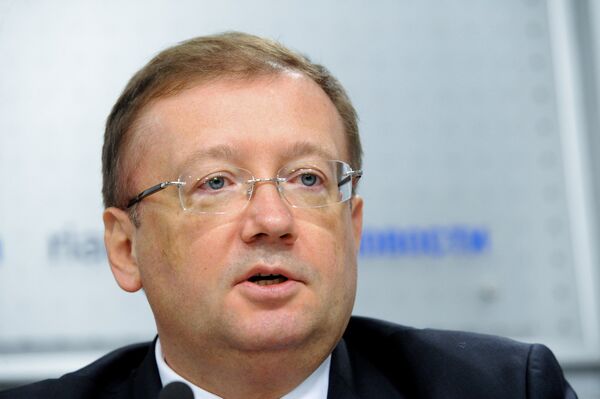 Russia’s ambassador to the UK warned British lawmakers against using the crash of Malaysian passenger plane in eastern Ukraine for selfish political goals, the Russian Embassy has said.

Ambassador Alexander Yakovenko met with a number of British MPs Monday to explain the Russian stance on the issue. The meeting was held in the run-up to UK Prime Minister David Cameron’s discussing the situation in Ukraine in parliament.

The ambassador stressed that “everything possible must be done to ensure that international experts can work in safety at the crash site.”

He also assured that Russia would make every effort to move the conflict in eastern Ukraine from the military phase to a negotiating phase, with the parties using peaceful and diplomatic means alone.

“All those who are responsible for the situation in the region must take greater responsibility before their own peoples and before the peoples of the countries whose citizens became victims of this disaster. It shouldn’t be used for selfish political ends,” the statement said.

Yakovenko drew the lawmakers’ attention to the fact that the crash is the “direct consequence of the civil war” in eastern Ukraine. He noted that Russia has serious questions regarding actions of the Ukrainian authorities.

Malaysia Airlines' flight MH17 en route from Amsterdam to Kuala Lumpur crashed on July 17 near Donetsk in eastern Ukraine. 298 people on board the Boeing 777 died, including 283 passengers and 15 crew members.