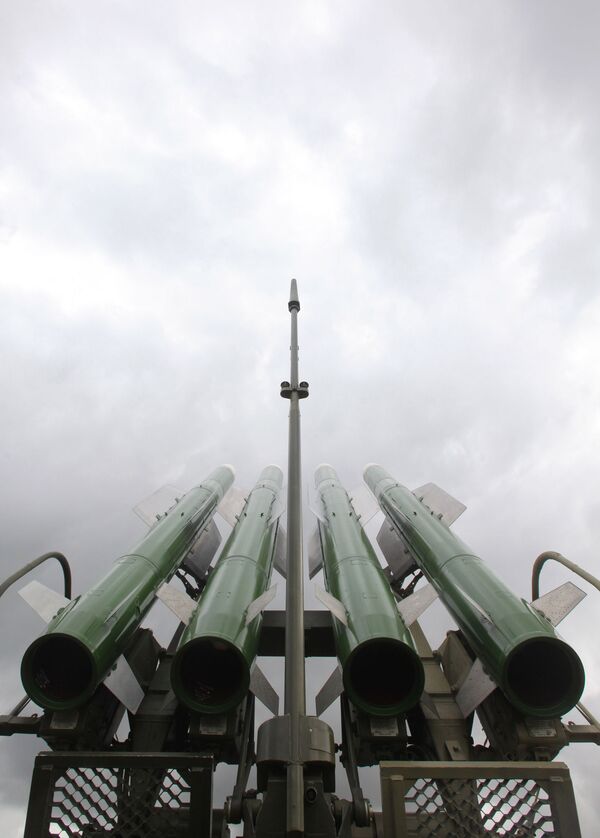 He said the United States, whose military satellite was flying above the crash zone at the time of the disaster, should make the images public to substantiate or refute accusations that the missile that allegedly downed the plane was fired from the militia-controlled area.

“According to our estimates, a US spacecraft, part of an experimental space system intended to detect and track launches of various types of rockets, was flying above southeastern Ukraine from 5:06 p.m. to 5:21 p.m. [Moscow time, from 13:06 to 13:21 GMT] on July 17,” Kartapolov said.

“Accidentally or not, the time of the Boeing crash and the period of satellite surveillance of the territory of Ukraine coincide,” he pointed out.

“If the US side has images made by this satellite, we ask to hand them over to the international community for a detailed study,” the Russian military official said.

The Malaysia Airlines passenger plane was en route from Amsterdam to Kuala Lumpur when it came down on July 17 near the town of Torez in eastern Ukraine. It was carrying 298 people, including 15 crew members. No one survived.

US intelligence and military officials claim to have surveillance satellite data that shows the trajectory and impact of an alleged missile that blew the Boeing 777 out of the sky, although not its origin point.

The Russian Defense Ministry said last week that neither the purported Buk anti-aircraft defense system, nor any other types of military hardware had crossed over to Ukraine from the Russian territory, stressing it cannot be smuggled “in secrecy.”