US Administration Should Not Sit On MH17 Information - Ex-Ambassador 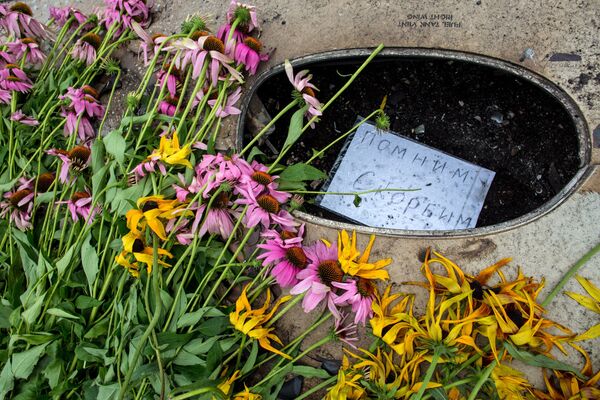 © RIA Novosti . Andrey Stenin
/
Go to the photo bank
Subscribe
The Obama administration should be forthcoming in producing all relevant information on the crash of Malaysian Airline flight MH17, which led them to come to broad conclusions on the causes and responsibility for the crash, former ambassador to Russia, Thomas Pickering, said in an interview with RIA Novosti Monday.

WASHINGTON, July 22 (RIA Novosti) – The Obama administration should be forthcoming in producing all relevant information on the crash of Malaysian Airline flight MH17, which led them to come to broad conclusions on the causes and responsibility for the crash, former ambassador to Russia, Thomas Pickering, said in an interview with RIA Novosti Monday.

“I think it’s important to produce the information that they believe they have available as a contribution to an investigation. Certainly, given the horrendous nature of the action and the deep concern felt around the world, they should not sit on information they have,” said Pickering referring to evidence the US administration has used as the basis for its recent official statements.

Pickering continued, “I think they have come to a conclusion that the flight was downed by a missile that, from their perspective, at least there was a good chance the missile was either in the hands of the separatists or in the territory controlled by the separatists, maybe in the hands of Russian experts.”

However, the statements by Kerry and Obama have been interpreted throughout western media since the July 17 incident have laid responsibility for the incident at the doorstep of Russia and President Vladimir Putin.

On Monday, Obama stated, "President Putin has a direct responsibility to compel [independence supporters] to cooperate with the investigation.” This came after Sunday statements by Kerry saying there is “an enormous amount of evidence...that points to the involvement of Russia” in providing anti-aircraft systems and training to those the US believes are responsible for the downing of the airliner.

Immediately following the incident, President Putin called for an unbiased international investigation into the tragic crash and has offered his support for a UN led investigation. Further, a Russian General Staff official stated on Monday that Russia has never delivered air defense missile systems or any other type of weaponry to independence supporters in eastern Ukraine.

Asked by RIA Novosti what the consequences could be if any side in the conflict were found responsible for the disaster, Pickering explained, “This is a disaster in every sense of the word. It’ hard to believe that any side would deliberately shoot down an innocent civilian airliner with 298 people aboard for any purpose.” He cited as significant the recent evidence of eastern separatists shooting down four Ukrainian aircraft, including an AN transport aircraft. “It appears to me that whatever happened could more than likely have been a horrible mistake.”

Pickering concluded, “One has to be careful in reaching conclusions about this, not to jump too far ahead.”