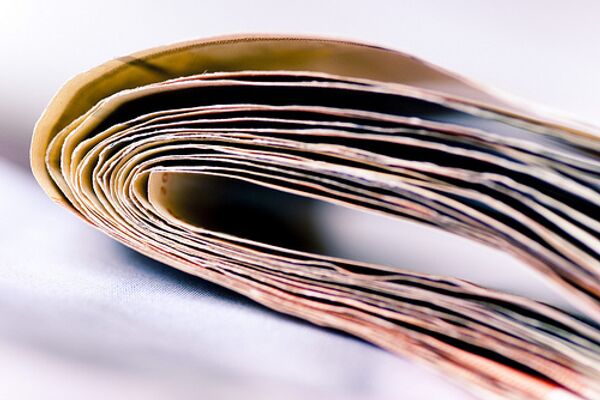 "Turkey is offering Russia to switch to national currencies in mutual payments," the ministry's press service announced after the meeting between Russia's Economic Development Minister Alexei Ulyukayev and his Turkish counterpart Nihat Zeybekçi in Australia.

The ministers met at the B20 (Business-20) forum, which gathers business leaders of the Group of 20 (G20) members.

The trade volume between Russia and Turkey amounted to $32.7 billion in 2013. Russia is Turkey's second-largest trade partner after the European Union. Turkey ranks eighth among Russia's foreign trade partners.

Russian authorities considered renewing the talks on switching to national currencies in order to decrease the dependence on the US dollar amid tense relations with the West due to the Ukrainian crisis.

The trade volume between the two nations fell 4.5 percent last year but recovered 0.6 percent in the first five months of 2014 due to the growth of Russian export, Ulyukayev said.

"[The fall] is largely explained by the unfavorable global economic environment. Our task is to put maximum effort to preserve the positive dynamics of the bilateral trade," the Russian minister said.

The issue is currently under the revision of the bilateral working group on cooperation in banking and finance.

The Turkish side has also expressed interest in building a transport and logistics hub in Russia with links to sea ports, airports, railways and highways, Zeybekçi said. The ministers plan to discuss the issue in Istanbul in September, according to the Russian ministry.