Israel Says Palestinians Not Their Enemy, Hopes for Negotiations 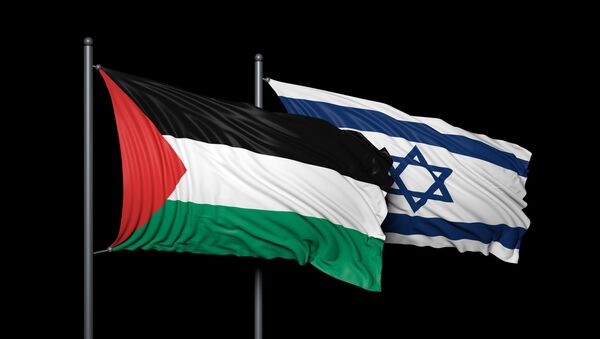 Israel does not consider Palestine its enemy and would like to resolve the differences at a negotiation table, Paul Hirshon, a spokesperson for the Israeli Foreign Ministry, said Friday in an interview to Rossiya Segonya news agency.

MOSCOW, July 18 (RIA Novosti) - Israel does not consider Palestine its enemy and would like to resolve the differences at a negotiation table, Paul Hirshon, a spokesperson for the Israeli Foreign Ministry, said Friday in an interview to Rossiya Segodnya news agency.

“The Palestinian people are not our enemy and we would like nothing more than to resolve our differences,” Hirshon said.

He added that Israel did not violate any laws, unlike the Palestinian rebels in Hamas group, which the international community should recognize.

“I think it is clear that Israel did not want to be in this conflict, that Israel tried to reach a ceasefire on three occasions … So I think the international community has strong understanding and support for Israel,” he said.

Last week, Palestine launched a missile attack on Tel Aviv, which has continued for days.

On Tuesday, Israel launched its first military campaign since November 2012, called Protective Edge and aimed at the militants in the Gaza Strip. The operation was limited to distant air and naval strikes, although Tel Aviv prepared 40,000 personnel from its military reserve force for possible land attacks.

“This is the modern manifestation of warfare between the state actor acting according to the rules and a non-state actor, Hamas in this particular case, but it happens elsewhere as well, violating pretty much every rule that is out there,” Hirshon said.

Israel has been attacking legitimate military targets, and “depleting and dismantling” of Palestine’s military infrastructure, the spokesperson said. Some 18 weapon factories have been taken out with the ground operation now focused on tunnels, though which Israel believes Hamas to be transporting weapons.

The priority for Israel now is to calm down the civilians.

“Israel redeployed from the Gaza strip nine years ago, and we hoped they [Palestine] would build Dubai on the Mediterranean coast. They didn’t do it. Instead, they chose to invest in hatred and in weapons,” he said.

Hirshon said the dispute over the West Bank persisted but had to be resolved through negotiations, which the two nations approached until a few days ago and the only obstacle to which was Hamas.

The fighting of the past 10 days has claimed the lives of hundreds of people, mostly on the Palestinian side.