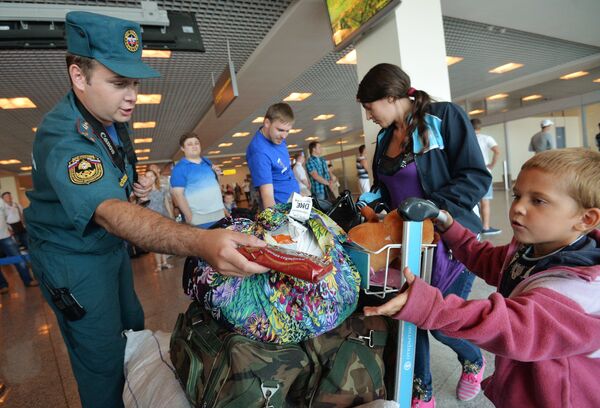 “People escaping from Ukraine will in their majority be granted provisional asylum,” she told Channel One.

Refugees will be able to obtain asylum within three days of application.

Kazakova noted that Ukrainians who are granted provisional asylum in Russia will have to hand over their passports and will not be able to leave the country without them.

“If they wish to leave the country, then they lose their provisional asylum status and get their passports back,” she added.

Those with the provisional asylum are authorized to work in Russia without a work permit and enjoy all the rights that Russian citizens have, including social and medical benefits.

The flow of refugees from Ukraine to Russia has increased since June, with fighting between Kiev’s troops and independence supporters in southeast Ukraine ongoing. Unrest in the country was triggered by a government coup on February 22.