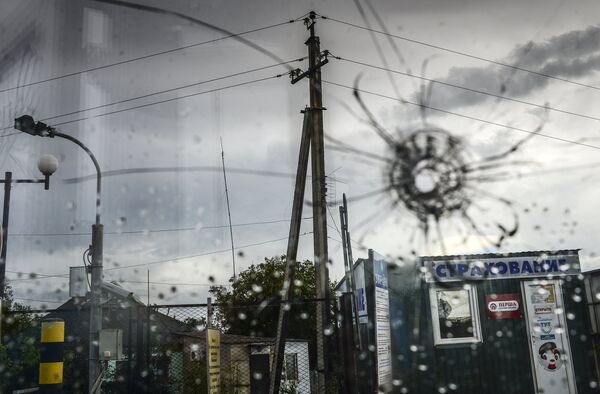 “Fifteen wounded have been placed in hospitals in the town of Gukovo,” the service said in a statement.

The wounded were transferred to the Russian side on emergency request by Ukrainian border guards in late afternoon at the Chervonopartyzansk border crossing connecting Ukraine’s Luhansk Region and Russia’s Rostov Region.

A representative of the Russian Health Ministry told RIA Novosti that two other Ukrainian border guards are to be operated on after they were wounded as a result of a shelling. One officer reportedly received injuries to his abdomen, while the second one has severe splinter wounds and burns. Both are in a critical condition.

Vasily Malayev, a spokesman with the Federal Security Bureau (FSB) in the Rostov region, said Russian border guards at the Kuibyshevo border crossing were informed about two their Ukrainian colleagues in need of urgent medical treatment at about 2 pm Moscow time (10:00 GMT). They were immediately transported to a local clinic in the city of Kuibyshev.

As of 7:30 pm Moscow time (15:30 GMT), one of the Ukrainian servicemen has been undergoing surgery, Malayev said.

Running artillery battles continue between the pro-Kiev troops and self-defense forces in the east Ukrainian Donetsk and Luhansk regions.

On Tuesday, the Russian Defense Ministry invited military attaches from 18 countries, including the United States and Germany, to assess the situation on the Russian-Ukrainian border that has been hit multiple times by Ukrainian artillery.

This came after at least seven artillery shells landed in southern Russia near the border with Ukraine on Sunday, leaving a man dead and two women injured. Russian investigators are currently trying to determine those responsible for the shelling.