UN Ready to Consider Information on Kiev's Use of Prohibited Arms 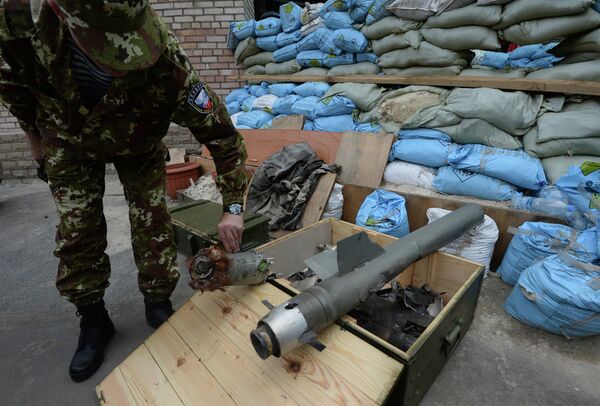 The United Nations says it is prepared to investigate information on Kiev’s use of banned military weapons if appropriate evidence is presented, UN High Commissioner Navi Pillay told RIA Novosti on Wednesday.

“Of course, if the facts are presented to us we will look into them," Pillay said.

Pillay said a new report on human rights in regard to the situation in Ukraine would be presented in August. The commissioner did not say, however, that the report would contain information on Kiev’s use of prohibited weaponry.

The use of the cluster munitions is prohibited under the international convention that came into force in August 2010.

Since mid-April, Kiev authorities have been conducting a special military operation in eastern Ukraine to suppress the independence movement. More than 450 civilians have died in the self-proclaimed Donetsk and Luhansk republics over the past few months as a result of the conflict.

Moscow has repeatedly called on Kiev to immediately put a stop the violence and resolve the conflict through peaceful dialogue.