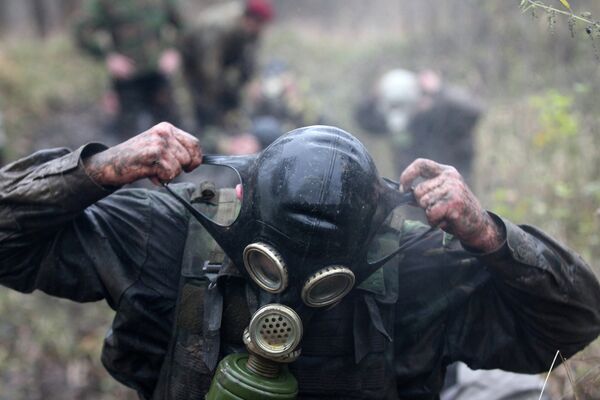 “Kiev is using cluster bombs, I have fragments. I can show them to UN representatives; they should come here,” Bezler said.

“We cannot often find the downed planes as they usually fall on Ukrainian territory. However, we have uploaded the photos of the auxiliary parachutes. We found six items,” Bezler said.

The usage of the cluster munitions is prohibited under the international convention that came into force on August 2010.

According to the Investigative Committee of Russia, the Ukrainian Army used “the multiple rocket launcher BM-21 Grad, cluster warhead missiles, and other types of heavy armament.”

In the middle of April, Kiev launched a special military operation in the east of Ukraine to suppress independence supporters. During the past few months, more than 450 civilians have died as a result of the conflict.

Moscow has repeatedly called on Kiev curb the use of military force and to find a diplomatic solution to the crisis.