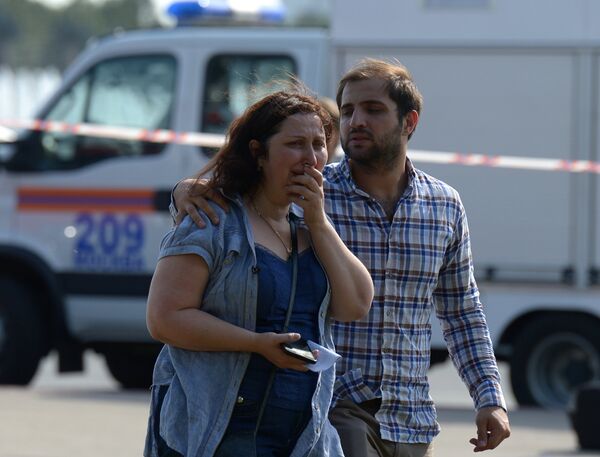 “Vladimir Putin feels deeply for families and friends of the victims and wishes speedy recovery to those injured as the result of the accident,” Peskov quoted Putin as saying.

Earlier on Tuesday, Prime Minister Dmitry Medvedev wrote in his Twitter microblog: “Terrible catastrophe in Moscow metro. My sincere condolences. I wish those injured to recover as soon as possible.”

A total of 21 people were killed and 136 hospitalized, including 42 in critical condition, when a subway train derailed during the morning rush hour earlier in the day.

Two foreigners, from China and Tajikistan, were killed in Tuesday’s deadly Moscow subway derailment, the head of the city's health authority said.