Russia's Putin Writes Off Most of Cuba’s USSR Debt 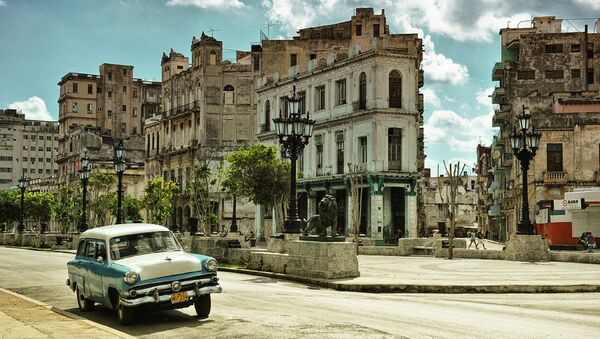 "Putin has signed a federal law 'On the ratification of the agreement between the government of the Russian Federation and the government of the Republic of Cuba on the regulation of the arrears of the Republic of Cuba to the Russian Federation on loans, granted at the time of the former USSR,' passed by the Duma on July 4, 2014, and approved by the Federation Council on July 9, 2014," the Kremlin said in a statement.

The remaining 10 percent is to be paid off over the next 10 years in equal installments every six months starting October 25, 2014. The funds are to be transferred to Russian state development bank Vnesheconombank’s (VEB) account at the National Bank of Cuba. The savings from the write-off will be used to help finance the economy of the Caribbean island nation, which is under an economic embargo by the United States.

Cuba is the first on the list of countries Putin is visiting on his official trip to Latin America, which started Friday.