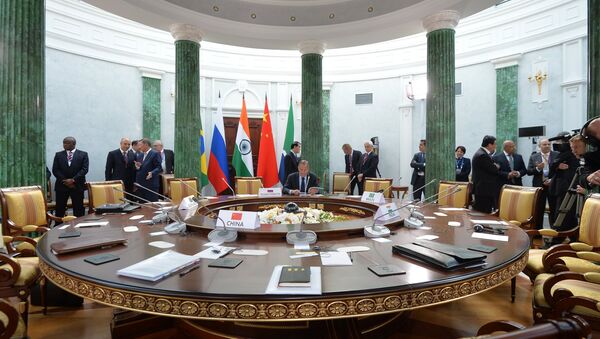 “Russia has in mind to suggest a number of concrete topics to review, namely the founding of a BRICS energy association, whose activity will be focused on providing energy security for the participating countries,” Ushakov said.

The aide also said the details had not been specified yet.

"[The decision on the structure of the association] is still blurry. We are now talking about close cooperation of the BRICS countries in the energy sector and making some concrete proposals, such as the establishment of a BRICS energy association," Ushakov said.

The energy association would be a joint initiative of public authorities and businesses, "which has already been discussed preliminarily on the government level," the presidential aide said.

Moscow has also offered to conduct a comprehensive study and analysis of trends in global hydrocarbon markets.

The leaders of the five largest emerging world economies of Brazil, Russia, India, China, and South Africa will meet in the Brazilian cities of Fortaleza and Brasilia July 15-16 to discuss global issues on cooperation in trade, investment, credit and finances. Russian President Vladimir Putin will attend the summit.