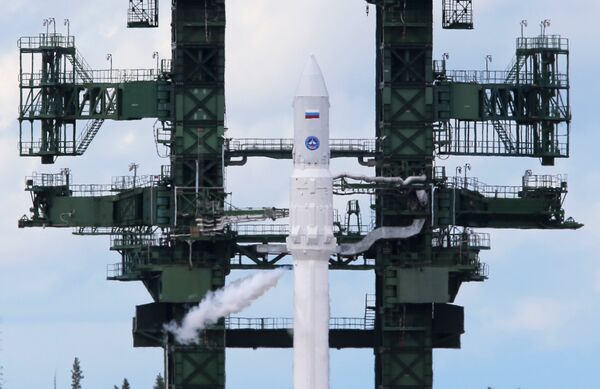 “Russian Defense Minister Sergei Shoigu reported to the Supreme Commander-in-Chief of the Armed Forces of the Russian Federation Vladimir Putin on the first successful test launch of the Angara-1.2PP rocket,” the ministry’s statement reads.

The rocket lifted off from the Plesetsk space center in northern Russia at approximately 2:00 p.m. Moscow time [10.00 a.m. GMT].

After a 20-minute flight, the rocket’s second stage and a dummy payload impacted the Kura testing range on Russia’s Far Eastern Kamchatka Peninsula some 5,700 kilometers away from the launch site.

Angara is the first new carrier rocket to be developed by Russia since the fall of the Soviet Union.

Angara’s maiden launch, initially scheduled for June 25, was delayed until June 27, and then until June 28. The June 28 launch attempt was aborted automatically 19 seconds before the launch.

The Angara family of rockets, in development since 1995, is planned to be built in light, semi-heavy and heavy versions to lift a variety of payloads between two and 40 metric tons into low earth orbit.

Angara is designed to complement the country’s venerable Soyuz rocket, currently the only vehicle in the world capable of launching astronauts to the International Space Station.