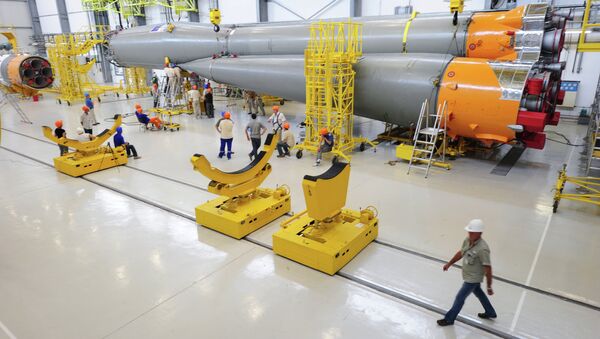 "The Soyuz ST-B carrier rocket has been taken to the launch site at the Guiana space center. According to the schedule of the launch, the space rocket has been connected to a mobile service tower, which has helped Russian space enterprises conduct calculations in preparation for lift-off," Roscosmos said in a statement.

According to the schedule, several checks are planned for the second launch day, including checking the space head docking with the carrier, the Fregat-MT upper-stage rocket and the Soyuz ST-B, as well as some general tests.

The rocket is to send four satellites with O3b ("Other 3 Billion") Networks, intended to connect to the 3 billion people on the planet without Internet connections. The first batch of four O3b satellites was sent out last year. The next group is planned to be launched at the beginning of 2015.