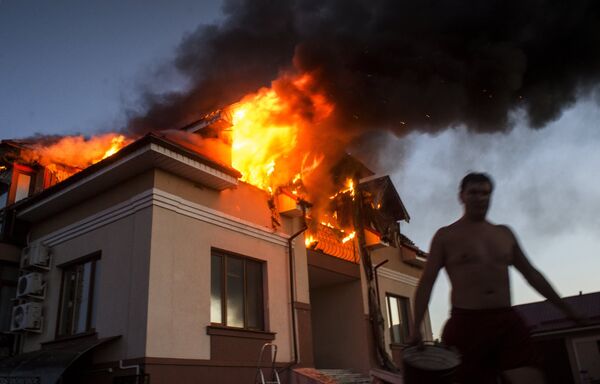 Criminal cases have been launched in Russia against Ukraine’s Interior Minister Arsen Avakov and Dnipropetrovsk Region Governor Ihor Kolomoyskyi, believed to be behind the unlawful massacres in Ukraine. Last week, Russia issued arrest warrants for Avakov and Kolomoyskyi on charges of organizing murders and abductions, using banned means and methods of warfare, and preventing legal journalistic activities.

“More than 4,000 individuals have been questioned and 2,700 have been recognized as victims. Their testimonies confirm the investigators' theory in the participation of Kolomoyskyi, Avakov, [Aidar Battalion Commander Serhiy] Melnichuk, as well as Ukrainian military personnel, the armed members of Ukraine’s National Guard, and [members] of the Right Sector in the aforementioned crimes,” Markin said in a statement.

Moscow believes the Azov Battalion, a secretive paramilitary unit financed by Ukrainian energy tycoon Ihor Kolomoyskyi, played a key role in the violent attack on the Russian embassy in Kiev in mid-June, causing tensions between Moscow and Kiev to boil over.

The investigation comes amid the West’s unwillingness to recognize the tragedies occurring in Ukraine, as Kiev continues to receive unconditional support for its policies.

Since the very beginning of the Ukrainian conflict, the West has blamed Russia for fueling tensions in the country, though Moscow has repeatedly denied any involvement in the issue. On multiple occasions, the US Department “could not confirm” the atrocities committed against Russian journalists and the Russian diplomatic mission in Kiev.