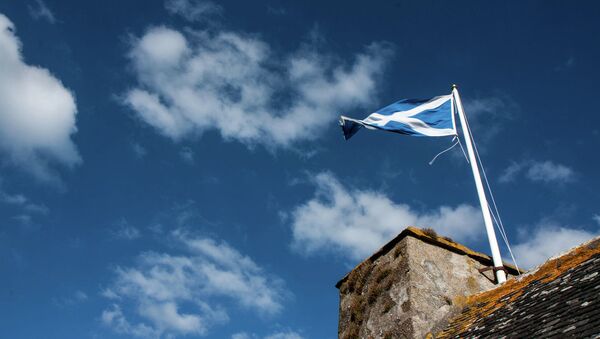 “If some civil servant or someone else in high office went to some Admiral, First Sea Lord or the Chief of Defence Staff and said ‘we need you to pass this down through the system’, that’s the point when the military man should have said no. But they didn’t. It’s an absolute disgrace,” Feargal Dalton, a former Royal Navy Lieutenant Commander and weapons engineer told RIA Novosti, commenting on the leaked email from the Cabinet Office, asking the MoD to “cascade” anti-independence material through the ranks using email and internal websites.

Dalton, previously stationed at the UK nuclear submarine base at Faslane, criticized the heads of the Army and Navy for allowing the instruction from the MoD to be carried out, as it demonstrated a “lack of leadership” at the very top of the UK armed forces.

“The fact that this was sanctioned at the highest level, at Cabinet Office level and cascading down through the MoD, shows there is no leadership. This would not happen if you had strong leadership,” Dalton added.

Former UK submarine commander admitted that the weak leadership is fairly consistent with his own experience of military service.

“During the last decades that I served there was an incredible lack of leadership at the highest levels within the armed forces,” he stated, stressing that the MoD “should not have been going near this.”

Dalton clearly disagrees with the ministry’s attempt to say that this revelation has “nothing to do with politics.”

“This has everything to do with politics. It is constitutional politics. It’s probably the most political thing that has happened in the UK in living memory, with massive political implications. So for them to say that is a complete nonsense,” he concluded.