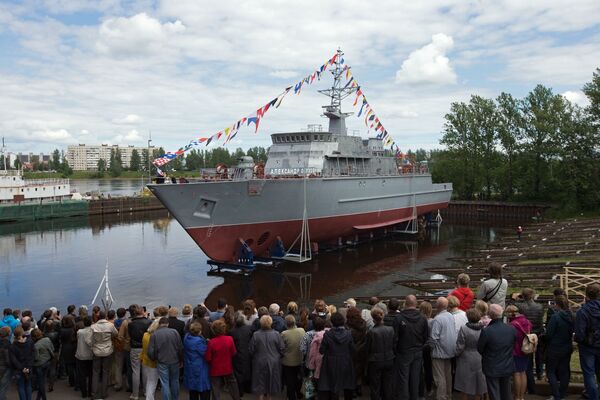 Around 30 minesweepers are expected to join Russia’s Navy by 2050, a deputy Russian defense minister said Friday.

“The shipbuilding program, approved by the president in May, envisages building around 30 minesweepers by 2050,” Yuri Borisov said at a ceremony in St. Petersburg to introduce the lead mine countermeasures vessel of the project, the Alexander Obukhov, named after a famed Soviet fleet boat commander and hero.

Borisov said the employees of the Sredne-Nevsky Shipyard, where the ceremony was held, have a “stable future.”

Commander-in-Chief of the Russian Navy Admiral Viktor Chirkov said “a great deal is to be done to learn how to use the sophisticated equipment of the ship.”

The 890-ton Alexander Obukhov minesweeper is 61 meters in length and ten meters in width, with a maximum speed of 16.5 knots and a crew of 44. The vessel, designed by the Almaz central marine construction bureau, searches for and destroys mines in the waters surrounding marine bases at a safe distance. The Alexander Obukhov is to join Russia’s Northern Fleet.