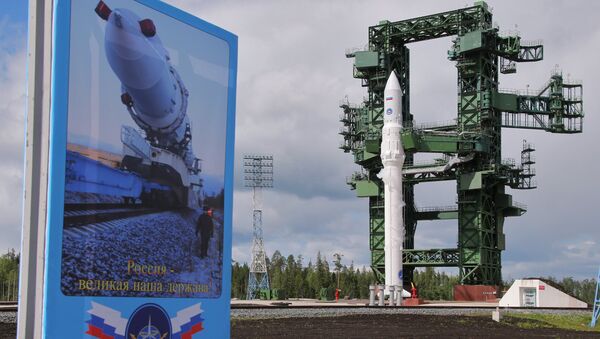 “An automated cancellation of the launch took place. It is being analyzed. After the analysis, the report will be submitted in due order,” Golovko reported to Russian President Vladimir Putin.

“Technical reasons” are blamed for the incident, according to the commander of the Aerospace Defense Forces.

While the second launch attempt is scheduled to be carried out in 24 hours, President Putin has ordered an explanation for the launch failure be detailed in one hour.

“Work without hurrying and chaos. Analyze everything very carefully and let me know in an hour,” Putin told Defense Minister Sergei Shoigu during a video link.

The launch of the light-class Angara-1.2PP rocket was to be carried out at 3.15 p.m. Moscow time (11:15 GMT) by a Russian Aerospace Defense Force crew from the Plesetsk space center in northern Russia’s Arkhangelsk Region.

New Angara rockets, Russia's first new space vehicle design since the Soviet era, have been in development since 1994. Angara space launch vehicles are capable of launching between 2,000 kg and 40,000 kg into low-Earth orbit.

The rocket has a liquid-oxygen and kerosene powered first stage and hydrogen-oxygen fueled second stage, so-called green fuels that make the rocket both more ecologically friendly and safer for support personnel than the country’s current largest rocket, the Proton.

Angara is designed to complement the country’s venerable Soyuz rocket, currently the only vehicle in the world capable of launching astronauts to the International Space Station.