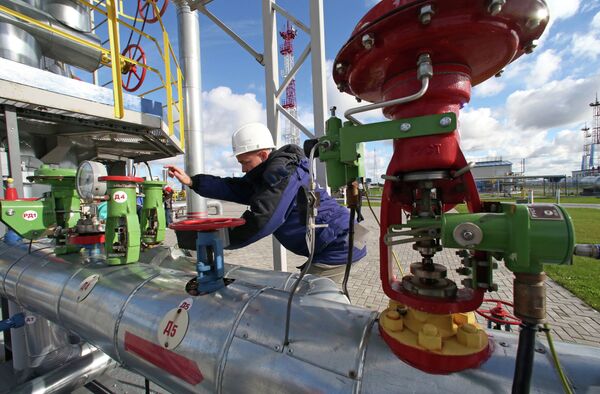 “The decrease in natural gas deliveries to neighboring countries in 2013 was brought about because of Ukraine’s decreasing consumption. The well-known events in Ukraine give grounds to believe there will be a continuation of this trend," Miller said.

Kiev has repeatedly said it does not need that much Russian gas, calling the contract “enslaving.” Ukraine is currently failing to comply with the take-or-pay rule. The country’s state gas company Naftogaz said it bought only 12.9 billion cubic meters from Gazprom last year.

Ukraine has refused to cover its unprecedented debt and is no longer receiving gas from Russia, effectively functioning as a transit country in the Russia-EU supply chain.

The Russian gas giant assured European consumers of its gas that flows through Ukraine would not be affected, continuing daily deliveries of 185 million cubic meters intended for the European market.