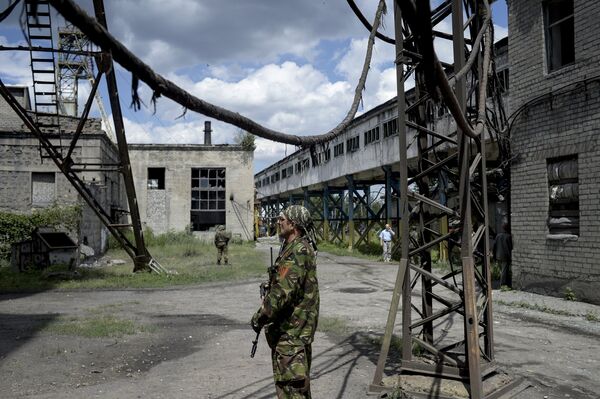 The European Council on Friday said it would give Moscow three days to de-escalate the situation in Ukraine, or it will impose new sanctions against Russia, according to a statement published Friday.

BRUSSELS, June 27 (RIA Novosti) - The European Council on Friday said it would give Moscow three days to de-escalate the situation in Ukraine, or it will impose new sanctions against Russia, according to a statement published Friday.

The European Council also set conditions for the de-escalation.

"The European Council expects that by Monday 30 June the following steps will be taken: Agreement on a verification mechanism, monitored by the OSCE, for the ceasefire and for the effective control of the border; return to the Ukrainian authorities of the three border checkpoints (Izvarino, Dolzhanskiy, Krasnopartizansk); release of hostages including all of the OSCE observers; launch of substantial negotiations on the implementation of President [Petro] Poroshenko's peace plan," the statement reads.

The European Council said it regrets that the ceasefire, “while being respected by the Ukrainian authorities,” has not led to the full cessation of military hostilities and called upon the sides to “genuinely commit to the implementation of the peace plan and to cement the cessation of the military activities.”

European Union leaders urged Russia to “actively use its influence over the illegally armed groups and to stop the flow of weapons and militants across the border, in order to achieve rapid and tangible results in de-escalation.”

The European Council said it was prepared to convene at any moment to impose new sanctions against Russia over the Ukrainian crisis, should the council find it necessary.

“The Council will assess the situation and, should it be required, adopt necessary decisions. The European Council underlines its commitment to reconvene at any time for further significant restrictive measures," the statement reads.

Earlier Friday, Russia’s ambassador to the EU, Vladimir Chizhov, told RIA Novosti in an interview that the EU had no intention or political will to expand sanctions against Russia.

The EU has adopted and repeatedly expanded the sanctions list to people they believe played a role in “violating Ukraine’s territorial integrity.” A total of 61 Russian and Ukrainian nationals have been hit with EU travel bans and asset freezes over the crisis. Several Crimean enterprises have also been targeted by the EU sanctions.

Moscow has repeatedly stated that the language of sanctions is “inappropriate and counterproductive” and warned its western partners about the “boomerang effect” sanctions would have.