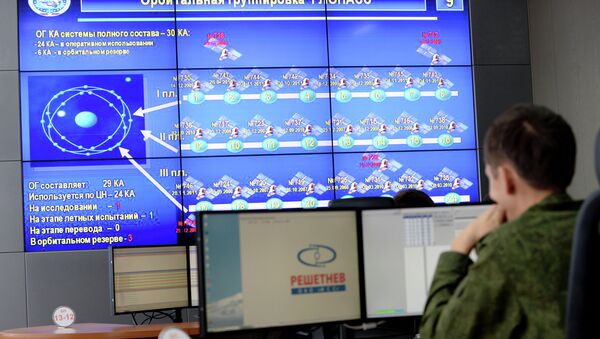 © Sputnik / Sergey Pyatakov
/
Go to the photo bank
Subscribe
The refusal by the US to set up transmitters for Russia's GLONASS system is more of a political than a technical move, GLONASS CEO Alexander Gurko said Thursday.

MOSCOW, June 26 (RIA Novosti) - The refusal by the US to set up transmitters for Russia's GLONASS system is more of a political than a technical move, GLONASS CEO Alexander Gurko said Thursday.

“There is a lot of politics and little technology in this issue and there is no business at all. This process has not at all affected our activity,” Gurko said.

As part of its development, GLONASS is building a high-precision positioning network.

Deputy Prime Minister Dmitry Rogozin said earlier this month that work on ground stations for GPS, the rival US navigation system could be suspended.

Rogozin also said that in an effort to prevent further politicization, as of June 1, GPS stations in Russia have been adjusted so that they cannot be used for military purposes.

The measure comes in response to Washington’s refusal to host Russia’s GLONASS stations. Rogozin said the decision remains in force until the US meets Russia’s demands to locate GLONASS stations in the US.

Russia has given the US three months, until August 31, to carry out talks and consultations with the US partners on GLONASS.

A total of 11 GPS stations have been deployed on Russian territory since the early 1990s.

The GLONASS network, which was put into operation in 1993, is considered Russia’s answer to GPS. The network provides real-time positioning and speed data for surface, sea and airborne objects.