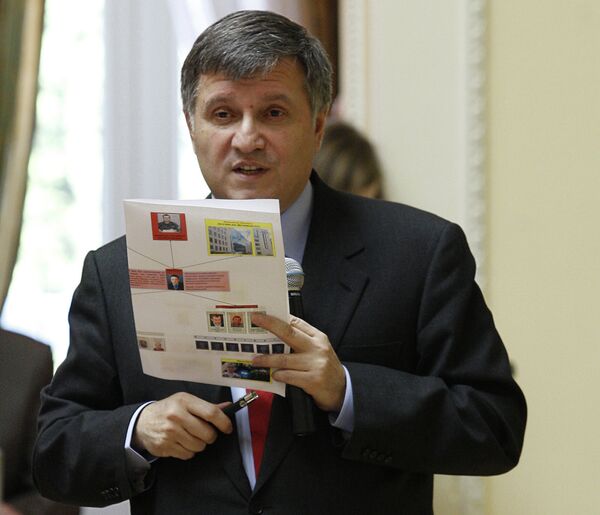 “The Investigative Committee will send to court materials for the arrest of Arsen Avakov,” the spokesman said in a statement.

Russia has issued international arrest warrants for Avakov and Dnipropetrovsk Region’s governor, tycoon Ihor Kolomoyskyi, whom it suspects of organizing murders and using banned means and methods of warfare.

The Investigative Committee said earlier it believes Avakov and Kolomoyskyi, together with other senior officials from Ukraine’s Defense Ministry, “deliberately organized and led a military operation, with the goal of killing civilians.”

Since mid-April, Kiev authorities have been conducting a special military operation in the east of Ukraine to suppress the pro-independence movement. The violence intensified after the people’s republics of Luhansk and Donetsk declared their independence from Ukraine after holding referendums on self-determination. Hundreds of people, including civilians, have died in both regions over the past months.

On June 20, Ukrainian President Petro Poroshenko ordered a cease fire for all military personnel for one week. Later, Donetsk and Luhansk independence forces also promised to stop all attacks until June 27. The truce has been shaky ever since, with both parties blaming each other for new bouts of violence.