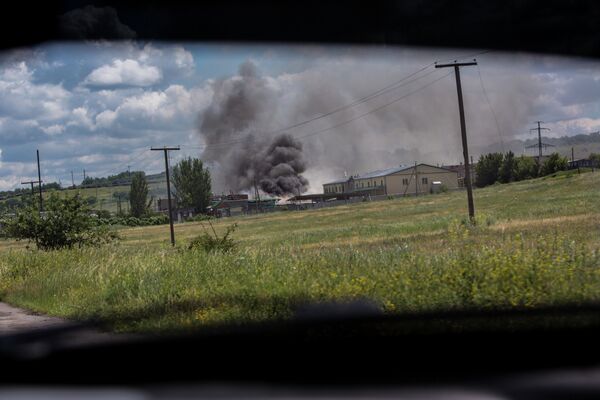 © RIA Novosti . Andrey Stenin
/
Go to the mediabank
Subscribe
International
India
Africa
Kiev bears full responsibility for the crisis in southeastern Ukraine, and blaming Moscow for it is “knocking on the wrong door,” the speaker of the upper chamber of Russian parliament said Wednesday.

MOSCOW, June 25 (RIA Novosti) – Kiev bears full responsibility for the crisis in southeastern Ukraine, and blaming Moscow for it is “knocking on the wrong door,” the speaker of the upper chamber of Russian parliament said Wednesday.

Valentina Matvienko told reporters she was aware of recent media reports about the possibility of economic sanctions against Russia if Moscow fails to take additional measures to defuse tensions in Ukraine.

“I think this is knocking on the wrong door. There is an elected president in Ukraine, there are Ukrainian authorities who bear full responsibility for settling the situation, for de-escalation, and all demands should be addressed to them,” Matvienko said.

The speaker stressed that Russia could not exert pressure or interfere with Ukraine’s internal affairs.

Following the March referendum in Crimea that led to the reunification with Russia, the West accused Moscow of escalating the crisis in Ukraine and violating Ukraine’s territorial integrity.

Targeted sanctions were imposed against Russian officials and some entities over Russia’s role in the conflict. Moscow condemned the measures saying they were counterproductive and warned of the boomerang effect they might have.

Russia has also been threatened with tougher economic sanctions if it does not help restore peace and stability in Ukraine. Earlier on Tuesday, White House Deputy Press Secretary Josh Earnest said Russia can avoid further sanctions if it stops supporting independence supporters in the crisis-torn country.

Russian President Vladimir Putin has repeatedly stressed that Russia was not party to the conflict and called for internal dialogue between the warring sides.