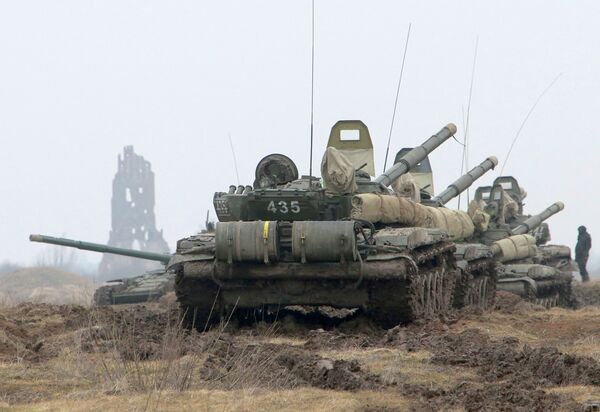 The joint exercise of Russia’s Baltic Fleet, Air Force and paratroopers took place in the Kaliningrad Region of Russia at the same time as NATO’s Saber Strike 2014 and Baltops 2014 exercises. The Russian Defense Ministry earlier said that the number of troops deployed by Russia for the Kaliningrad military exercises is comparable to the NATO drills in terms of personnel and military hardware.

NATO has been flexing its muscle near the Russian border and actively pushing for military build-up in Eastern Europe since Crimea rejoined Russia in March. Moscow has repeatedly expressed concern over the West’s aggressive pressure on Russia and the alarming attempts of the Alliance to antagonize Russia as a source of threat to global security.