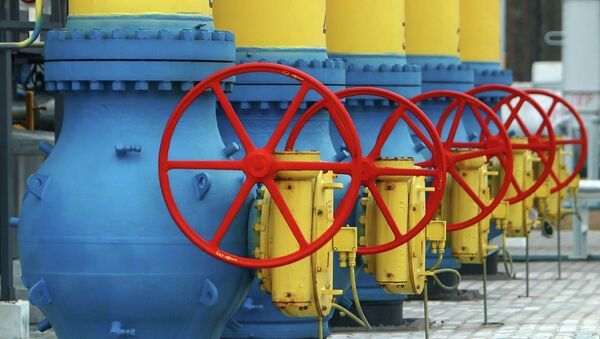 The Russian Energy Ministry on Monday denied reports Ukraine is siphoning off gas bound for Europe, explaining that the gas meters are merely showing a technical recalculation.

“According to [the gas meters], there has not been any siphoning off of Russian gas in Ukraine. This is a technical recalculation,” a spokesman for the ministry told RIA Novosti.

Earlier on Monday, reports appeared in the media that some Russian gas on its way to Europe had remained in Ukraine last week. Following the news, Gazprom spokesman Sergei Kupriyanov also confirmed Russia’s EU-bound gas flows through Ukraine comply with transit contract parameters.

The Ukrainian gas transportation system carries around 60 percent of Russia’s Europe-bound gas. Kiev has been trying to leverage Moscow’s reliance on its transit pipelines in the disagreement over price changes for imported Russian gas and persistent non-payment of Ukraine’s accumulated debt.

As Kiev’s debt neared $4.5 billion, Gazprom halted gas deliveries to Ukraine and switched to an advance payment system with its counterpart Naftogaz. Gazprom CEO, Alexei Miller reported alarming claims on the Ukrainian side, saying Kiev would tap into Russia’s Europe-bound gas for free if a 'super-low' gas price is not agreed upon.

In turn, Gazprom promised to keep a close watch on the gas metering system embedded in the pipeline network to identify any irregularities and attempts to siphon off the gas passing through Ukraine.