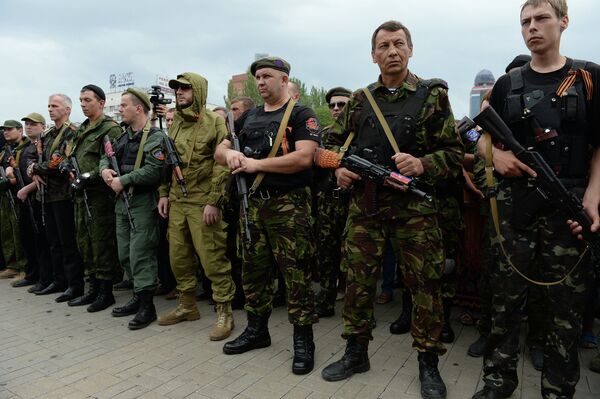 Gubarev also mentioned he has his own stabilization plan for the country, which involves the withdrawal of Kiev’s troops and recognition of the self-proclaimed People’s Republics of Donetsk and Luhansk.

On June 20, Ukraine’s recently elected president, Petro Poroshenko, ordered a unilateral ceasefire between government-backed forces and independence supporters in the east until June 27. Poroshenko also unveiled a peace plan to defuse the crisis in the country, promising amnesty for all independence defense forces not involved in grave crimes and willing to lay down their arms.

Russian Foreign Minister Sergei Lavrov has pointed out that Poroshenko’s peace plan is inconsistent with the April 17 Geneva Accords, as it bears no mention to a nationwide dialogue, although Russia supports the effort toward a peaceful settlement.

Russian President Vladimir Putin has stressed that the intentions Poroshenko voiced must be backed by a real ceasefire.