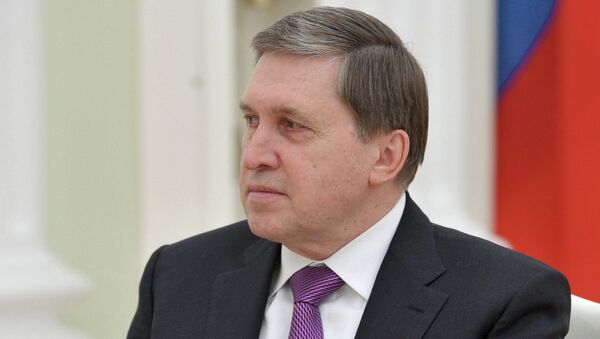 Russia’s response to sanctions imposed unilaterally by Australia will be “mirrored,” but it should not be necessarily explicit, Presidential Aide Yuri Ushakov said Friday.

MOSCOW, June 20 (RIA Novosti) – Russia’s response to sanctions imposed unilaterally by Australia will be “mirrored,” but it should not be necessarily explicit, Presidential Aide Yuri Ushakov said Friday.

“[Russia’s response] will be as sensitive as Australia’s,” he said, adding that a mirrored response does not imply that it will be made public.

Russian presidential spokesman Dmitry Peskov earlier told Russia's Izvestiya newspaper that Moscow could impose retaliatory sanctions against Australia, but that the measures would not affect Russia’s activities within the G20.

Russia still needs to get confirmation of Australia’s sanctions, and how they will reflect on participation in an international framework, he said, adding that he sees no clarity right now on these issues. “The reciprocity principle still applies to these issues," Peskov said.

On Thursday, Australia’s Foreign Ministry announced financial sanctions and travel bans against 50 Russian individuals and 11 companies "who have been instrumental in the Russian threat to Ukraine’s sovereignty" have gone into effect. Australia first stated its intention to introduce sanctions against Russia in March in response to Russia’s reunification with Crimea. Australia banned 12 individuals from entering the country then. In May, Australia decided to add another 38 Russian individuals and 11 companies to the sanctions list.