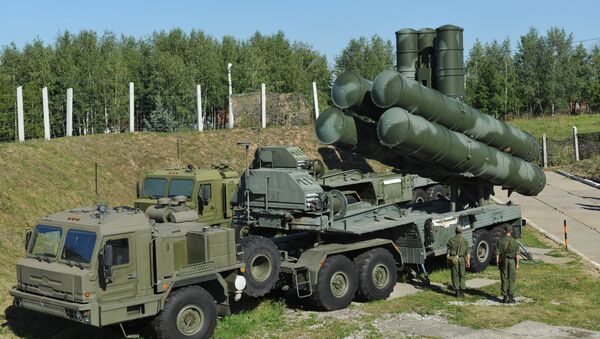 “There are not so many states ready to buy this system. We have a number of requests, and the federal agency is considering them very carefully,” said Sevastyanov, without specifying any further details.

A few years ago Russia’s Defense Ministry announced the S-400 Triumf would only be produced for the country’s internal needs. The body indicated that even Russia’s customs union allies Belarus and Kazakhstan would only receive the advanced weapons systems after Russian anti-ballistic missile and anti-aircraft systems are fully equipped with the S-400.

Earlier in April, Russian President Vladimir Putin stressed the need to boost production of advanced anti-ballistic missile systems for export to Russia’s allies and partners. S-300, S-400 and Pantsir-S1 systems have been among those praised by the Russian leader.

The S-400 Triumf is a medium and long-range air defense system, capable of destroying all modern and advanced means of air and space attacks. Each system can hone in on as many as 36 targets at a time, guiding a maximum of 72 missiles.

Russia is the world’s second-largest weapons exporter after the US. In 2013, Russia exported weapons valued at about $15.7 billion, and another $2 billion between January and March 2014. Altogether, as of March 2014, Russia’s weapons export orders portfolio exceeded $47 billion. Despite sanctions imposed by some Western countries, Russia’s leadership claims the country’s military-industrial complex will not be impacted, and will only grow.