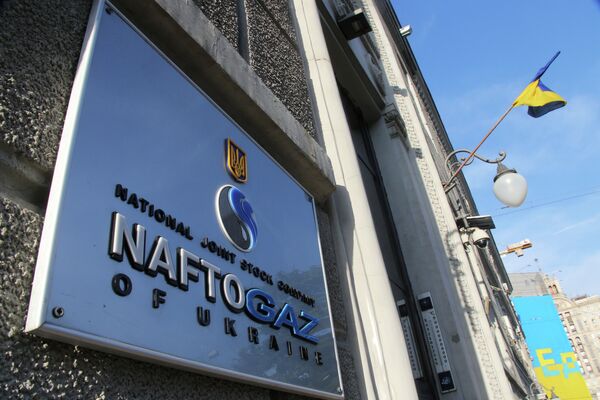 “The arrears [for Russian gas supplies] currently stand at $4.458 billion including $1.451 for the past year,” Kuprianov said.

According to a Gazprom statement, the Russian gas giant has filed a suit in Stockholm Court against Ukraine’s Naftogaz over $4.5 Billion debt.

Naftogaz CEO Andriy Kobolyev noted that Ukrainian authorities have a plan that would help them deal with the situation, but refused to specify its details. He said that Ukraine will feel comfortable until October because the country had accumulated about 15 billion cubic meters of natural gas in the vaults.

Ukraine’s debt for Russian natural gas began to accumulate as early as November 2013, when a political crisis broke out in the country. Gazprom says Ukraine's total debt the delivery of Russian gas as of today amounts to $4.45 billion, comprised of $1.45 billion for gas deliveries in November-December 2013 and $3 billion for April-May 2014, according to the price of $485 per 1,000 cubic meters.

Naftogaz paid in full for all Russian gas deliveries taking place in the first quarter of 2014 after it transferred $786 million to Gazprom on June 2.

Kiev was then given until June 10 to repay at least $4 billion of its debt to Moscow, after Russia postponed the original deadline of June 2 twice.

In an attempt to settle the gas conflict, the June 10 deadline was then extended until June 16.