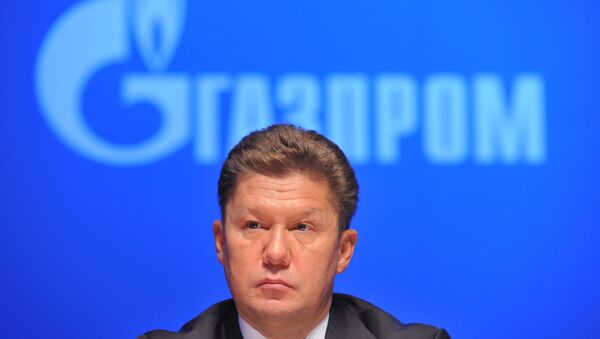 “It needs to be said that thanks to the non-constructive position of the Ukrainian government, that today a prepayment regime was implemented. In reality, the Ukrainian party changes, and changed the object of our negotiations,” Miller said during a meeting with Russian Prime Minister Dmitry Medvedev outside Moscow.

“The Ukrainian side took a position that one could call retaliatory blackmail, changing the understanding and object of the negotiations,” Miller said, stressing that it is Kiev’s persistent debt for the supplies of Russian gas that is at the core of the dispute, rather than the price.

Miller said that to date the debt amounts to $4.5 billion, with 11.5 billion cubic meters of gas in unpaid supplies.

The gas negotiations between Moscow and Kiev have largely been dominated by Ukraine trying to leverage on its disagreement with the price changes for the imported Russian gas, effective April 1, when Moscow cancelled two major discounts, raising the price to $485 per thousand cubic meters.

Kiev used the price spike to stall repayment, although Ukraine’s debt for Russian natural gas began to accumulate as early as November 2013.Up until recently, the only full payment that Gazprom received was for January deliveries, which means a substantial share of debt remains uncovered even at the price that Kiev seems to be happy with.