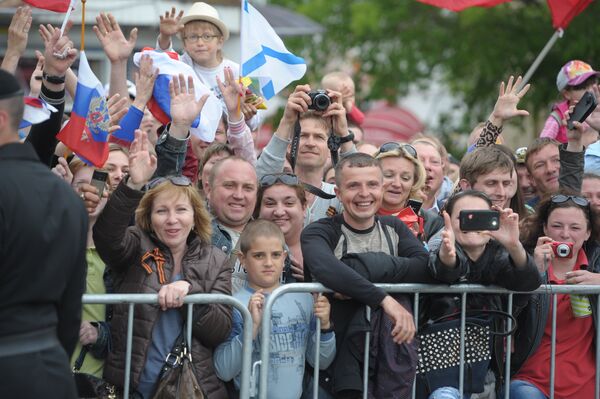 “Festivities were held only on the ships and in the Black Sea port’s facilities, pro-Russian residents of Sevastopol were arranging events, but the authorities never supported the initiative,” Menyailo said.

Menyailo said Ukrainian officials “pretended they had nothing to do with it," though the wide majority of the city residents attached special significance to the day.

“This year we will be celebrating Russia Day not only on a regional scale but on the governmental level, and it is particularly symbolic that Moscow Mayor [Sergei Sobyanin] will come for the festivities,” Menyailo told RIA Novosti.

Russia’s Black Sea Fleet military are planning to mark the day on the premises of a diving school.

On March 16, Crimea held a referendum which saw over 96 percent of the population voting in favor of reunification with Russia. Following the vote, Crimea declared independence from Ukraine and became part of Russia.