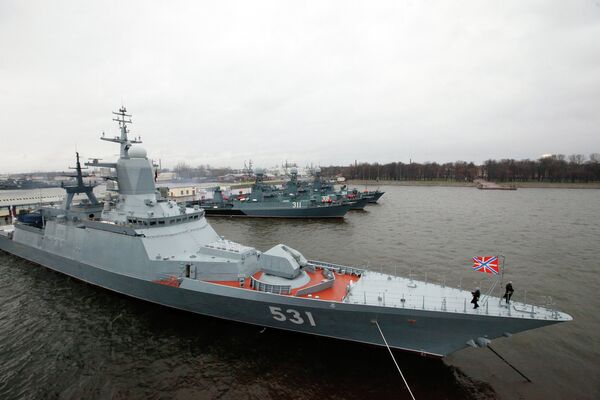 “The corvette launched a rocket that successfully hit the designated sea target located a certain distance away from it. The firing involved the ‘enemy’ using radar jammers which made the task more difficult,” Capt. Matveyev said.

Russia’s brand new corvette, the Soobrazitelny (Quickwitted), ran the test as part of joint war games involving the Russian Air Force and the Airborne Forces under the command of Russia’s Western Military District.

According to Capt. Matveyev, the Soobrazitelny corvette fired the sea-based Redut missile at the target. The shipping lane in the area was blocked for the time of the exercises to avoid civil casualties.

The Soobrazitelny corvette of the Steregushchy (Vigilant) class was handed over to the Baltic Fleet in October 2011. It is the newest class of corvettes in the Russian Navy.