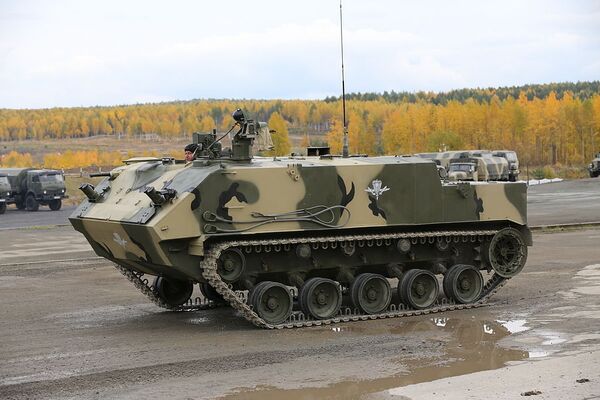 The Russian Airborne Forces received two Rakushka armored vehicles last year and are expected to get another eight by mid-2014. After the tests, the vehicles are to be put into service.

The BTR-MD Rakushka is a Russian multi-purpose armored vehicle designed for airborne troops, produced by the Volgograd Tractor Factory. The vehicle has a weight of 13.2 tons and is equipped with two machine guns. The carrier requires two operators, while a total of 13 people are to be involved in the airborne landing test.