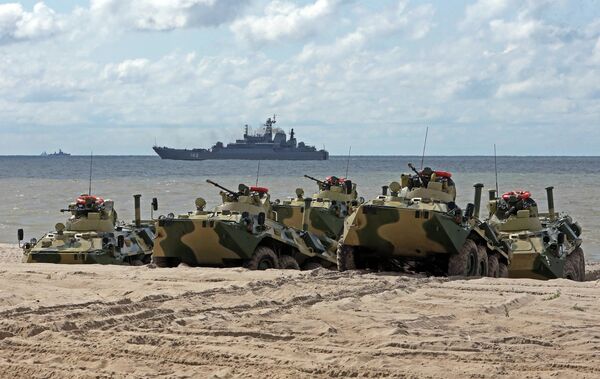 “Military drills with forces from the Baltic Fleet, airborne troops and military air force began on the territory of Kaliningrad region under the leadership of the Russian Western Military District’s commander,” the statement said Monday.

Russia's exclave Kaliningrad borders Poland in the south, and in the north and east with Lithuania. The western border of the region is on the Baltic Sea.

The training of fleet forces will enhance border security, maritime protection as well as the detection and destruction of hypothetical enemy  submarines and vessels.

The Airborne Division together with the Marine Corps will exercise the security of the coastline from enemy landing. Su-34 fighter bombers and Mi-24 helicopters will provide aerial support. Tu-22M3 bombers will practice training missions over the Baltic Sea and work out air patrolling.

Following the reunification of Crimea with Russia, NATO has been flexing its military muscle near the Russian border. Moscow has repeatedly expressed concerns with western aggressive pressure on Russia.