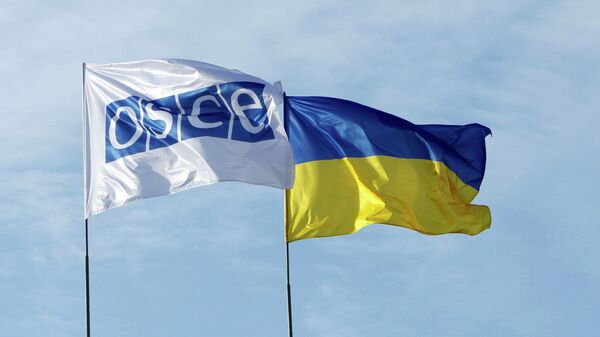 The ministry reiterated Russia’s support for the OSCE Ukrainian conflict settlement roadmap, based on the April 17 Geneva agreements.

"We assume that Heidi Tagliavini will actively engage in implementing the key provisions of the roadmap, namely pursue solid agreements about the immediate cessation of violence and create conditions for the start of a true inter-Ukrainian dialogue with the participation of all political forces and regions of the country," the statement reads.

Tagliavini was appointed by OSCE Chairman and Swiss President Didier Burkhalter on request of the new Ukrainian President Petro Poroshenko, after the Swiss president and foreign minister attended Poroshenko’s inauguration on Saturday and held talks with him.

Tagliavini, a prominent Swiss diplomat, who had led the commission investigating the causes of the armed conflict in South Ossetia, as well as the OSCE mission during the 2010 presidential elections in Ukraine, has already arrived in Kiev to facilitate negotiations between Russia and Ukraine, according to a press release on the OSCE website.

The Swiss roadmap calls for the end of violence in the region, amnesty for all involved in the fighting and a peaceful dialogue between the state authorities and the independence supporters, including on the status of the Russian-speaking regions in Ukraine.

Russia's Foreign Ministry's Commissioner for Human Rights Konstantin Dolgov said last week the Ukrainian crisis could not be settled while Kiev continued the punitive operation in the east, and also called to follow the Geneva agreements and the OSCE roadmap.

Since mid-April, Kiev authorities have been conducting a special military operation in the east of Ukraine to suppress the pro-independence movement. The violence intensified after the Luhansk and Donetsk People’s Republics declared independence from Ukraine and united under the name of Novorossiya in May. Hundreds of people, including civilians have died in both regions over the past months.