Over 7,000 Ukrainians Flee to Russia’s Rostov Region in Past Day 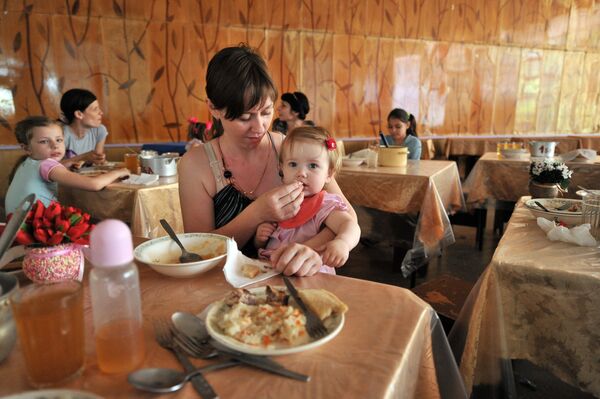 Some 15 Rostov municipal districts, just east of the Donetsk and Luhansk regions, have maintained a state emergency. Nine injured Ukrainians have received aid since June 3.

Kiev’s interim government launched a special operation in mid-April against independence supporters in the southeast of Ukraine. The operation has already had numerous victims, including civilians, with no tangible gains for the Kiev leadership.

Moscow has repeatedly called this operation “punitive” and urged a de-escalation to the crisis; however, Kiev has refused to take heed, even following the May 25 presidential election.

Newly elected Ukrainian President Petro Poroshenko called for a ceasefire Sunday during the first trilateral meeting of the working group for a peaceful resolution to the crisis in the country’s east. However, the military operation continues, with reports from the besieged cities about new attacks.