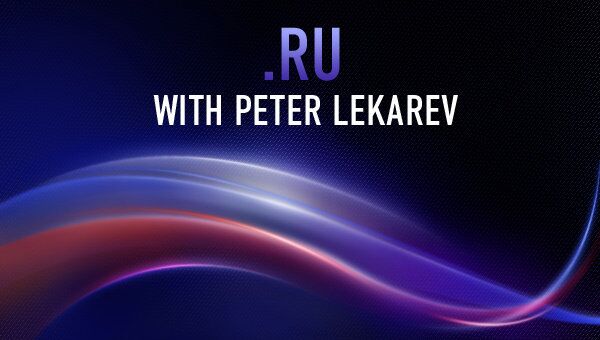 In the world where information is of paramount importance, he who possesses it has the key to immense power. Just ask the US government – specifically, the NSA. Thanks to former NSA contractor Edward Snowden, now the world knows of massive snooping programs, with the security agency storing vast amount of personal data on whomever they can get their hands on. However, the problem with big data is processing. Imagine that you have access to records on what everyone does anywhere in the world at any time – what exactly can you do with this? In order to make use of it, you need some sort of automation – for example, to monitor and track terrorist activity. Of course, you may do it by hand, but that’s hardly the best idea – a better idea would be to develop a software method of analyzing online behavior.

Well, turns out that the U.S. Secret Service plans to purchase software which allows processing big data flowing through social networks. Interestingly, this particular piece of programming should be able to spot sarcasm on social media. The Washington Post discovered that the request for the software, first reported by nextgov.com, was posted on the government procurement website on Monday; software companies have until next Monday to file their proposals. Why would they need to do that? Well, apparently, the Secret Service “mission has grown to include: safeguarding the nation's financial infrastructure and payment systems; preserving the integrity of the economy; and to protecting national leaders, visiting heads of state and government, designated sites, and National Special Security Events (NSSE).” And in order to do that, they need a “social media software analytics tool with the ability to automate the social media monitoring process,” among other things. So anyway, what does the “computer based annual social media analytics subscription” entail, exactly?

According to the requirements posted on the governmental website, it should provide a clear and convenient to use picture of social media space with “user friendly functionality.” Specific requirements include “trend analysis,” “audience and geographic segmentation”, “ifluencer identification,” and even “ability to detect sarcasm and false positives.” I really like the last one, though – I wonder if a machine will be able to detect sarcasm with greater efficiency than regular users – just visit a popular discussion platform to see what I mean – users are often unable to tell honest opinion from sarcasm. The Washington Post talked to Secret Service spokesman Ed Donovan, who provided some examples where the system would be useful. For example, it could have helped in 2009 “when some inauguration ticketholders were trapped inside a tunnel under the Capitol and unable to get through security gates,” – I guess the Secret Service could have processed Tweets and resolved the situation, if they had such a system in place.

By the way, Russian security agencies have also filed similar requests in the past. In 2012 news surfaced of top-ranking Russian officials using special software that helps monitor the Russian blogosphere virtually in real time. The software is called "Prisma" or "Prism" – reminiscent of the NSA, isn’t it – and it monitors discussions on a variety of topics in publicly available social networks and blogs. In other word, unprotected Tweets, LiveJournal blog posts, YouTube comments, comments left on social network profiles which are open for everyone - all this gets snatched up by the Prism. According to developers, there are over 60 million sources for the algorithm. The software allows to automatically determine so-called "tonality". Here tonality means emotional coloring of the posts - how bloggers feel about the topic they're commenting on.