Europeans Fed Up With EU Bureacracy, Vote for Nationalist Parties 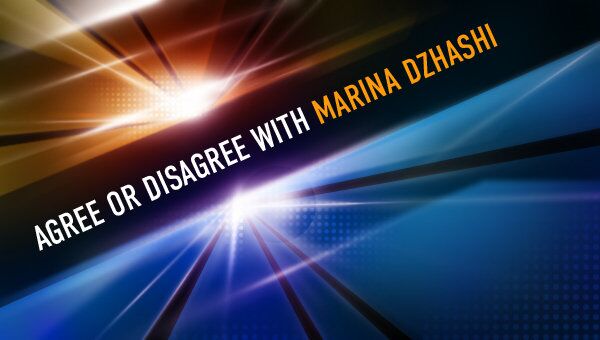 © Сollage by RIA Novosti
Subscribe
International
India
Africa
Parliamentary elections held in the EU in May produced record numbers of anti-EU MEPs. According to exit polls, voters gave their support to anti-EU protest parties with radical and nationalist agendas...

Parliamentary elections held in the EU in May produced record numbers of anti-EU MEPs. According to exit polls, voters gave their support to anti-EU protest parties with radical and nationalist agendas. Why are the mainstream politicians losing to eurosceptics and what do the eurosceptics have on offer that attracts voters? The host of Voice of Russia's Agree or Disagree Marina Dzhashi is discussing the results of European elections with Ingrid Carlqvist, editor in chief of Dispatch International Sweden and Ignaty Dyakov director of Russia Local Ltd, a consultancy helping international businesses feel local in Russia.

Marina Dzhashi: What is this trend down to? Is it driven by economics or politics?

Ingrid Carlqvist: People are fed up with the EU and the bureaucracy there trying to make the United States of Europe; people want their own national states. This is kind of a protest saying to them – stop building these monstrous states, give back the power to the countries.

Ignaty Dyakov: I think it is all about the economic situation and the crisis that Europe is in. When people have less money, they would start looking around and seeing what people around them do. And it can be frustrating and felt unfair that someone would pay less for the same services, especially if the people are not nationals of the country, and even more so if they are illegal. But I would say that these sorts of things happen more when the economic situation of the country is worse than it was before.

Marina Dzhashi: Do you think the lesson will be learnt and the results of these elections will be taken onboard and the leaders of the main parties will actually readjust their strategy?

The politicians, the media, the experts and so on, they don’t say – okay, 10% of the Swedes voted for the Sweden Democrats, maybe they are doing something right, maybe we should listen to these people. No! They are all saying – this is a Nazi party, what happened to the people, we must tell them more and more how good it is with Brussels and immigration and so on.

I don’t think that all these parties are right-wing, because I would say that the Sweden Democrats, they are old-fashioned social democrats. They believe in the welfare state, they believe that we should take it step by step in doing things, and take care of the people in this country before we start having loads of refugees coming in.

Ignaty Dyakov: In the UK it clearly does. It seems that the conservatives here start a serious rethinking of their policy. They were thinking about immigration for two or three years already, whilst they were in power. And now they are thinking how to make an even stronger message to their people. So, I would say that in the UK these results will change something.

Marina Dzhashi: Do you think that the EU has a long future life or after these elections things might be different?

Ingrid Carlqvist: I hope that many countries, like the UK, for example, will start renegotiating the terms of the membership. And if they do that and if they come somewhere with it, then maybe more countries will follow.

Ignaty Dyakov: I would suggest that it is better to stop now and not to grow, because there are issues that need to be addressed. And definitely, there should be some more negotiations and renegotiations of terms between the members, in terms of who is doing what, who is contributing what and how everyone works together. But overall, if you look at how the world is moving, it is a good thing to stay together for the European nations, because otherwise they won’t be able to survive.